If you’re not using Twitter and wondering if you should – 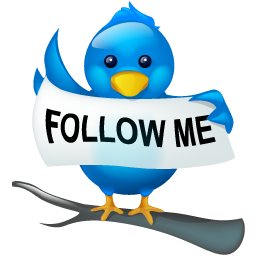 here are a few things to consider!

1. You know there are millions of people on Twitter, right? It’s something like 750 million – maybe it’s a billion by now. Twitter is a legitimate place to make connections and market your business. There is no question of that.

2. Twitter is a status symbol. If you can say with confidence that you use Twitter and have made connections as a result of it, you have proven that you’re a legitimate business person who takes the time and thought it takes to market your business in today’s environment.

3. Twitter takes time to get used to. It’s different because of the speed at which Tweets happen, and the short amount of characters allowed. Most people who use Twitter regularly do so on their hand held devices so they’re connected most of the time. Millions of people scan Twitter on their iPads of phones to kill time and make connections.

4. Other people in you industry are using Twitter successfully. There’s no doubt about that. Do YOU want to be one of them?

5. Twitter is widely used as a way to connect during conferences and special events. For example, I’ll be attending an eWomen conference soon along with thousands of other women. I can connect with them before, during and after by using the hashtag created just for the event!

If you want to use Twitter, or want to improve what you’re doing with Twitter now – you need to take some time to learn it and get used to using it.

There are thousands of blogs and articles written on the topic – all you have to do is Google ” How to use Twitter” and you’re on your way!

This site uses Akismet to reduce spam. Learn how your comment data is processed.